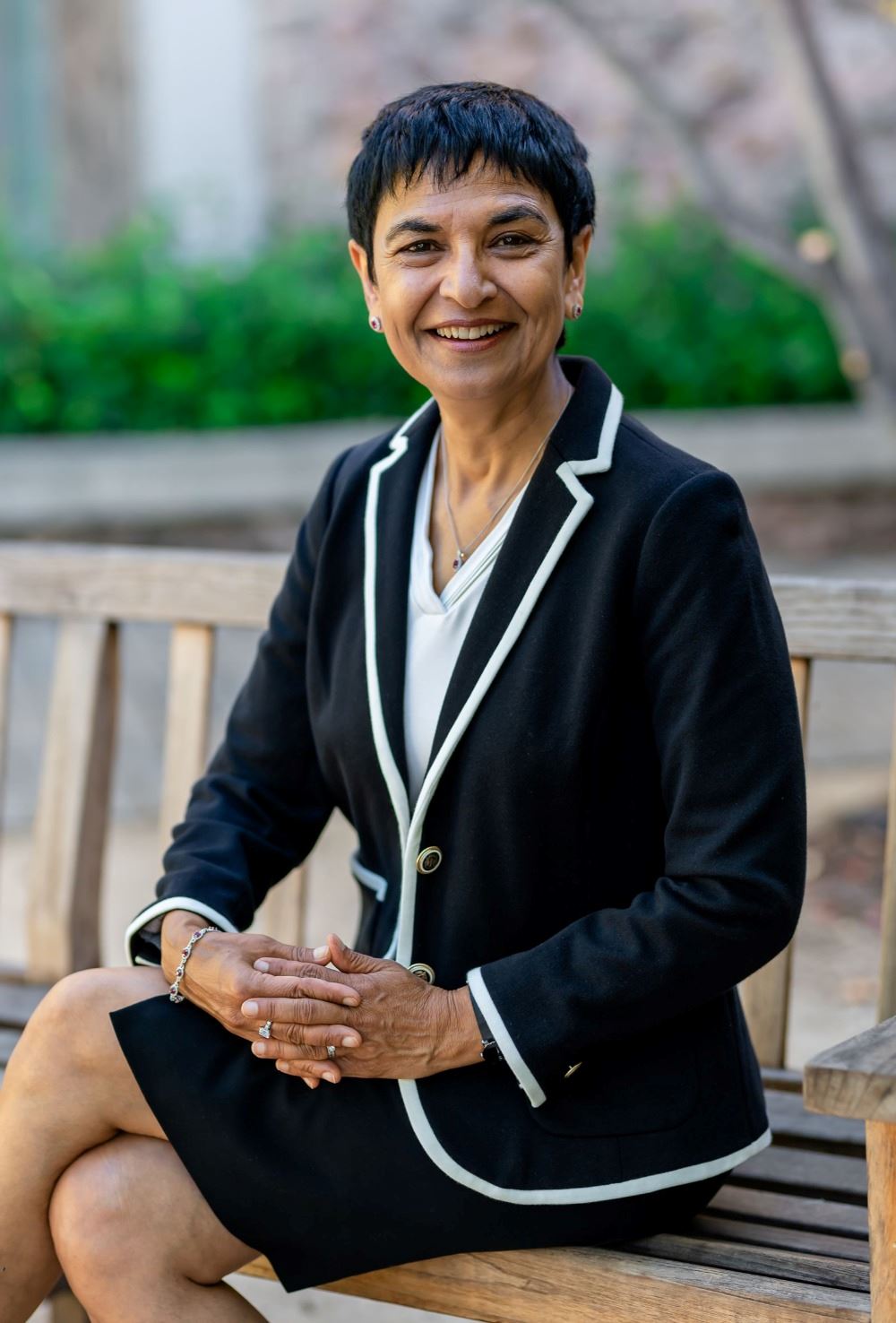 Phone: 408.549.5141
Email Tina Walia Mayor Term Ends: December 2022
Council Term Ends: December 2024
Tina Walia was elected to the Saratoga City Council in November 2020 and served as vice mayor for one year before being named Mayor in December 2021.  Prior to that, she was appointed to serve on Saratoga’s Planning Commission for more than 10 years, including twice as Chair. She also worked as a volunteer on the City’s Government Operations Climate Action Plan.

Tina holds an MBA, MS in Architecture and MS in Strategic Management, all three from the University of Illinois Urbana-Champaign. She taught Business Strategy at the university level. She has a diverse professional background, having worked as a Business Analyst in the semiconductor industry and as a Market Researcher in the tech industry. She also worked as an architect and is trained in building economics and feasibility analysis.
Saratoga has been home to Tina and her husband, Lakhinder, since 2001. They love walking in the neighborhood, meeting families and their pets. Tina enjoys watercolors as a hobby and is a member of Saratoga Contemporary Artists.

Beyond Saratoga, Tina Walia has served the Bay Area community since 2000 in various roles: Volunteer Advisory Board member and Training Committee Chair for The Tech Museum, as a Stanford Health Education Organizer and as a volunteer in the Adult Literacy Program of the City of Santa Clara.